But I Love New York-- Part One 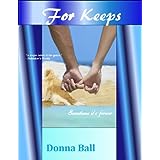 Books uploaded to Amazon Kindle:  For Keeps-- This was my first book featuring a dog as a major character.  It had to be completely rewritten to reflect modern dog-training techniques. Only $1.99 on Kindle!


So I ran into my friend the other day-- I'll call him Dave to avoid embarrassment (mine, not his)-- and congratulated him on his recently self-published memoir.  I couldn't help knowing about his recently self-published memoir because everytime I opened an e-mail, visited a shop downtown, or glanced at a newspaper, I saw an announcement.  He was very pleased with the way it was going and reported he had already sold 600 copies.  "That's great!" I told him sincerely because it was great-- for a self-published memoir that had been out less than three months.  Feeling smug, I didn't bother to  mention that, had I failed to sell less than six thousand copies in the first quarter of my book's release, my fancy New York publisher would have dumped me like toxic waste.

Still, that was a respectable number, and money in Dave's pocket that he hadn't expected.  The book sold for $25, and I happen to know he hand-sold at least 80% of the copies, so his profit was about $12 per book.  Allowing for the other 20% that he sold to bookstores and on which he only collected $5, that was roughly-- very roughly-- $6000.   Free and clear.  In his pocket.

Furthermore, Dave had finished his book at about the same time I had finished mine.  His book was already in print and he had $6000 in his pocket.  I was still waiting for my publisher to send me the money that was due to me on signing of the contract six months earlier.  Bottom line: he had money, I didn't.  Who's looking smug now?

This caused me to start thinking-- obsessing, really-- about what, exactly, are the advantages of being published by a traditional New York publisher, and why those of us who have made that choice (or, some might say, have been lucky enough to have that opportunity) have allowed ourselves to be convinced that we're getting the better deal.  Sure,belonging to  one of the Big Six publishers is an elite distinction, and one that's becoming  harder earn every minute, but beyond the cachet is there any real value to being published in New York?

Believe me, I'm not the only one who's giving this question some serious thought.  My conclusions, as they develop, are forthcoming.
Publishing

This month marks the one- year anniversary of my Great E-book Publishing Experiment. With 11titles now live on Kindle and 5 live on all other platforms via Smashwords , I am here to report the results. Here’s a hint: they are somewhat less than spectacular. Background: around this time last year I became intrigued by the success of authors such as Joe Konrath who had begun making their backlist and original titles available on Amazon.com’s Kindle platform, and whose staggering monetary rewards far outshone any print deal offered them (or me!) by traditional publishers. One of my own print publishers had offered one of my titles for free on Kindle over the 3 day Christmas holiday and over 60,000 copies were downloaded (more importantly, my spring royalty check was 5 times higher than it had ever been before) Even more surprising to me was the fact that many of the most successful Kindle authors were completely self-published, with no previous New York publisher to give them a pla
Read more

The Million Dollar Deal That Ruined My Career

Now available at Amazon.com Before Harry Potter, before Twilight, before the hundreds of thousands of vampire , wizard, demon, zombie, angel, fairy and just-plain-strange books that proliferate the marketplace today, I wrote a book about werewolves. It wasn’t, in my humble opinion, just an ordinary book, and these were not ordinary werewolves. It was at that time the best book I had ever written. Believe it or not, I wasn’t the only one who thought it was pretty good. The Passion (and its sequel, The Promise ) sold after a ten–day auction for a phenomenal amount of money (to be strictly accurate, it was not quite one million, but by the time sub-rights were sold the difference was negligible, to me, at least). Within the week, offers for audio, foreign, and large print rights were pouring in. James Cameron and Stephen Spielberg were both interested in film rights. And then it all went to hell. For reasons I still don’t entirely understand, the publisher abandoned the book. Possibl
Read more

Words written since last post: 57,323 Words deleted since last post: 17,201 Words rewritten since last post:  way too many! Okay, back to a semi-regular schedule after tornado recovery, internet failure and yes, in the midst of all this, the completion and publication of my very first original e-book! On that subject, I am still getting e-mail from readers complaining about my decision to publish digital editions of my books.  Some of these are a little snippy.  Some are simply hurt and confused.  Have I abandoned books?  What will become of those who don't have, or want to have, e-readers?  Don't I care about my reading public? These letters are particularly disheartening when they begin by saying, "I just got your last three books from a used book store/book exchange/friend or relative..." since, as we surely all know by this point, neither authors or publishers receive money from these sources and a lack of money is precisely why publishers don't buy b
Read more